Is a picture worth a thousand words?

If a picture’s worth a thousand words then the many I’ve taken in the last few days would make up a big fat book!

classical violin at the University of Guadalajara’s School of Music.

Music is a family affair on Sundays when

the “Renacer” trio entertain on the plaza

And of course, sooner or later everyone morphs into a mariachi 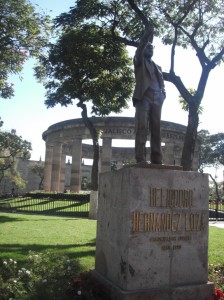 The architecture is breathtaking and the flowers… simply gorgeous!

Outside the city limits, there are more fascinating places to visit and you learn a lot! I surely did not know all that’s involved in the production of tequila… At the Tres Mujeres and at the Herradura distilleries our guides explained how the agave are harvested and tequila is made. 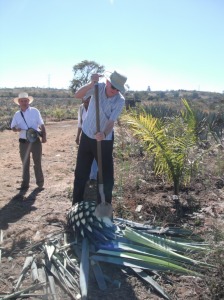 And certainly, the members of our group are fine ambassadors for Yucatan.

Sorry about the screwy positioning of the photos and text on this posting. The program was NOT cooperating today!

As regular readers know, I attended the Zihuatanejo Writers’ Workshop last week. John Reed and Elizabeth Engstrom were very generous with their expertise and we seven novices all learned a great deal. During the five intense days, we had little time for anything but writing which I hope adequately explains the dearth of postings as of late… But happily, I am more energized than ever and eager to write on!

Throughout this coming month, I will lead two Life Long Learning groups and Guadalajara is the first place on the itinerary. Arriving into the city was a huge thrill for me because my great friend Mary was there waiting. She will be participating in the tours that will take us through Mexico’s Independence Route and later to Mexico City Puebla and Oaxaca. Jorge will join us in La Capital for the second portion of the journey… 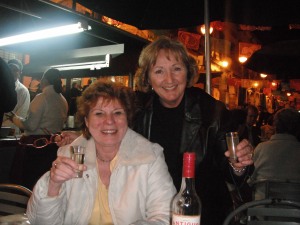 When I taught English in Peru, Mary and I were introduced by mutual acquaintances. We exchanged letters and finally met in person at the airport in LIMA, Peru , on January 31, 1971. I remember seeing her get off the plane and I thought  I think we are going to be friends…We did indeed become instant friends and embarked on the first of our many travels together… The five months of shared experiences in South America created a bond that has deepened steadily through (I can’t believe it…) 40 years!

In those days, it was not at all common for two young women to be trekking around unescorted through Latin America, but we looked out for one another. With my Spanish language and Mary’s unerring sense of direction, we tripped from one adventure to the next. And here we are 40 years later… still meeting in airports, climbing onto buses and sharing our friendship. What a gift!

Now back to Guadalajara… The charro – ranch culture is a very important aspect of Jalisco’s and Guadalajara’s identity.  Ranchero music and elegant mariachis are symbolic of this region. Last night our merry band of transplanted internationals spent the evening in the city’s world renowned mariachi district. Some of the revelers urged me not to detail the evening but I will say we had FUN!

Our hotel is located in the historic downtown of Guadalajara, the oldest section of the city, There are a large number of beautiful Squares and public parks, markets, lovely buildings and monuments that we’ll be visiting today. Among them is the cathedral.

Construction began in 1558 but was not finished until 1616. Its two towers were built in the 19th century after an earthquake destroyed the originals. They are considered one of the city’s symbols.

After today’s thorough tour of the city, we we’ll set off tomorrow on an all day tour to see the blue agave fields. From

there we’ll tour the Herradura distillery and learn (still more) about – Tequila!

Early morning in Zihuatanejo and I am at the keyboard honing yesterday’s assignment. This workshop is intense but after

However, we did take a lovely walk at sundown…I will write something more about this charming place on a day when it is just a little less stressed. Meanwhile, here you have a few photos… 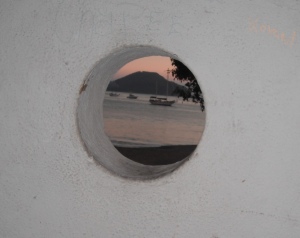 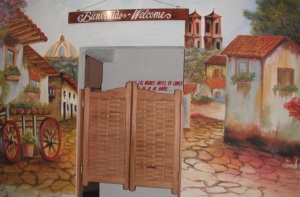 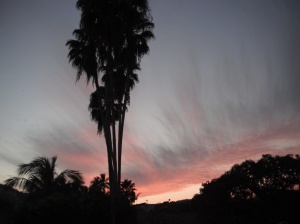