You can read many facts about Leonora Carrington, the recently deceased surrealist artist by checking Wikipedia or any of the hundreds of news sites that featured articles about her this past week. But if you’re driven to learn more intimate details about her life and art, you need to read Elena Poniatowska’s  award winning novel “Leonora.” To do so, Spanish is a must because there is not yet an English language version of the book… although I expect that one will come along fairly soon. Leonora Carrington was after all, British born. 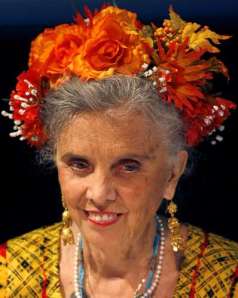 her emotionally distant home environment at Crookhey Hall in Lancashire. The family wanted her to become a gentile young lady. She said she wanted to be a horse!

Leonora set her sights on becoming a serious artist but was thwarted again and again by her conservative family. She would not conform and her behavior became more and more erratic.  Her art had a decidedly surrealistic bent and she caught the attention of Max Ernst, who at the time was a well known surrealist – twice her age. Nonetheless, the two became lovers and returned to Paris together. He was married to another woman but Leonora and Max lived together. Political (and other pressures) split the couple and this seemed to be the final straw for her fragile equilibrium…The family considered that she had gone mad and had her institutionalized. Yet, despite her drug therapy induced stupor, she managed to escape confinement. Eventually she sought refuge at the Mexican Embassy in Lisbon. 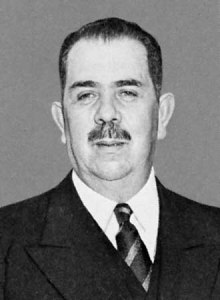 Renato Leduc, a member of Mexico’s artistic community agreed to marry her, thus assuring her entrance into his country. Just prior to WW II the Mexican President Lazaro Cardenas and his wife were personally involved in the rescue of thousands of Spanish and other European artists, writers, philosophers,  other intellectuals and politicians, who with their families sought refuge in Mexico.  Once Leonora’s residence had been secured, she and Leduc parted.

Leonora Carrington said of this time in her life.”I didn’t have time to be anyone’s muse… I was too busy rebelling against my family and learning to be an artist.”

In Mexico, her artistic career flourished. In addition to her sculpture and painting, Leonora was a prolific writer. She later married Emericko Weisz. The couple had two sons. She has told many interviewers that the birth of her children was her life’s most significant and important event. It is to be noted that Elena Poniatowska has said the same thing. I would venture to say that this publically declared sentiment causes many ordinary women to feel an affinity with these two extraordinary female artists.

Leonora lived in New York City during part of the 1960s, but most of her life has been spent in Mexico City.

Hospitalized due to complications from pneumonia, Leonora Carrington died in Mexico’s Capital on Wednesday May 25, 2011. She was 94 years old.

In Merida, during the early part of this year, we were fortunate to have a visiting exhibition of her large bronze sculptures. Anyone who saw the pieces could not help but be impressed by her mythical beings – colossal but delicate – feminine and richly detailed. The elongated necks, limbs and beaks and hooves, featured on otherwise human forms, somehow reminded me of demi-deities of Mexican pre-Columbian imagery – feathered serpents, eagle and jaguar warriors, deer icons, and fertility goddesses Tonanzin and Ixel…

Leonora Carrington is one of the many non-native-born Latinas who have enriched Mexico’s arts and literature during the past century. While Elena Poniatowska is the daughter of a Mexican national, Paula Amor, the family lived in France until political circumstances also caused them to flee to Mexico. Both women (along with “Yours truly” and a host of my friends) are heartfelt in saying, “It is an ill wind that brings no good.”

Where would we be without our friends? The following fictitious text about friendship could have been “written” by a famous person who is much in the news this week. Can you guess who?  Are you like this person?

“I enjoy my many friends and acquaintances and I thrive on warmth and companionship. I like adventure and play and am always ready for a good time. I always expect a better, brighter future and I often try to “cheer up” those who are hurting.

I get a lot of emotional fulfillment through my involvement in groups, clubs, organizations, community activities, and my net of close friends.  I feel a close affinity with people who share the ideals or beliefs that I hold dear. I need close relationships with people outside of my physical family.

I relate to others on an emotional level, because I feel emotions so strongly myself. I am sensitive to others’ needs and have the ability to create a pleasant atmosphere when I am with another person.

I enjoy socializing, bringing people together and having many friends.  I value friendship very highly but detest jealousy and possessiveness.

I show caring and affection concretely, and I love giving and receiving gifts. I value comfort and elegance very highly and appreciate beautiful things.”

I haven’t been in town the past couple of days… Jorge and I took a little trip to Campeche to celebrate our 34th anniversary.

We arrived into Yucatan’s neighboring state’s capital city on Tuesday evening and checked into the Hotel Balaurtes. This 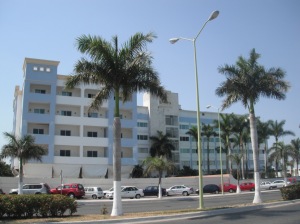 locally owned property was built in the late 50s and has recently undergone major renovation and expansion. We stayed in one of the new rooms, overlooking the Bay of Campeche… v-e-r-y   n-i-c-e!

Heading to the main plaza, we found lots of life and beauty in the city that has the unfair rep as being “Mexico’s home for the newly-wed and nearly dead!”

During the colonial period, the city was often attacked by pirates. there were only two accesses to the city – one by land and one by sea. Both of these almost 500 year old gates still guard the city. 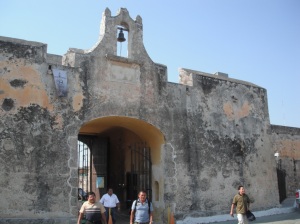 Next day, we lazed around the pool, did a little shopping and…

We watched Oprah’s farewell show. I’m an unabashed fan and had hoped to attend the show. But as Oprah said, “You are where you are meant to be…” And certainly, being with Jorge on our 34th anniversary was where I was meant to be! 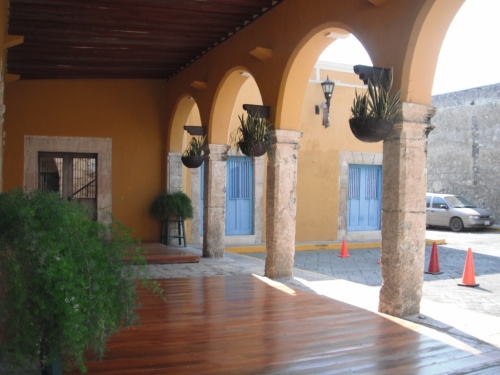 For our celebration dinner, we went to the beautifully appointed “Hotel 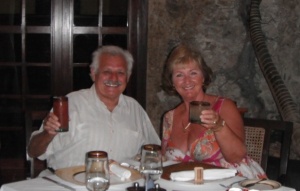 Just a two hour drive from Merida, Campeche makes for a delightful get-away… 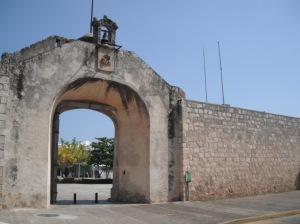 Puerta del Mar – the gateway to theboardwalk that has been built fromreclaimed land.     It is a favorite gathering place… 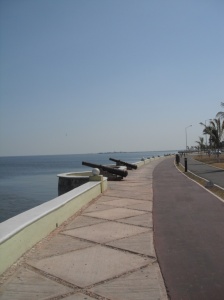 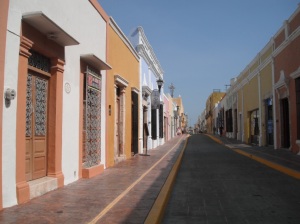